Get fresh music recommendations delivered to your inbox every Friday.

When the Witches Fall 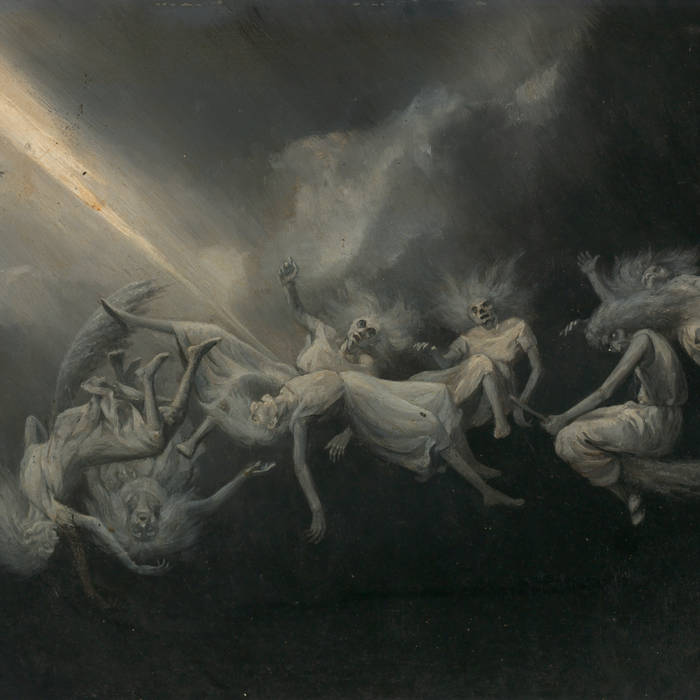 flightoficarus (Metal Trenches) Went in expecting black metal from the cover, came out with something far more strange and experimental more akin to The Armed and Portishead tossed in a blender.
www.youtube.com/watch?v=92D-xTIT4Lk
- MetalTrenches.com Favorite track: Separated at Death.

"Experimental metal duo Bornwithhair have been twisting the genre’s blueprints ever since their debut dropped back in early 2020, but it is their fourth release When The Witches Fall that most resolutely captures their dense and intoxicating avant-garde approach." — Astral Noize

"The first song from their new album is strange and unpredictable. The overture sounds like a space odyssey, or perhaps the parting of an interdimensional veil, and what comes through is a sorcerous amalgam of pungent beats and swirling, apparitional sounds, with a collage of wailing and savagely growling and howling voices. The music seems to dance and levitate, and it becomes disorienting and delightful, but also very creepy. Both the singing and the guitars seem to quiver and squirm within this sonic hallucination, and the song as a whole manages to be both bizarre and intoxicating." — No Clean Singing

"There are very few instances where the term 'avant-garde' is actually warranted... it’s with When the Witches Fall that Bornwithhair more than meets that burden of expectation. It’s within the seven tracks that are contained within this record, we’re treated to a truly mysterious display that brings in some of the most ethereal elements from both metal and rock to make a performance that’s as dense as it is expansive in its sonic exploration with this band rarely being content to stay in the same place for long. Everything is brought together on an expert level such that it’s damn near intoxicating to immerse yourself in it time after time with every decision that Bornwithhair makes here a compelling element that not only contributes to the overall glory of When the Witches Fall, but it perpetuates just exactly how much the record itself is away from many of its contemporaries." — Head-Banger Reviews

"Do you like weird stuff? I like weird stuff, and so does this multi instrumentalist duo called Bornwithhair. The elements in this avant-garde cocktail comes from all over the places. The core is some kind of blackened death rock, spiced up with slow droning buzz, hypnotizing psychedelic space soundscapes and airy post rock. Both harsh and clean vocals. Everything shrouded in an extremely eerie mystery." — Doomed and Gloomed

MUSIC AND LYRICS BY BATWEILDER/FARRAIGE. Copyright and published 2021 by Weirding, BMI.

Bandcamp Daily  your guide to the world of Bandcamp